The St. Valentine’s Day Massacre is a particularly bloody chapter in organized crime history. On Valentine’s Day 1929, Thompson submaching guns shot and murdered seven men from Chicago’s North Side Gang, headed by George Clarence “Bugs” Moran. Though the perpetrators of the massacre officially remain unidentified, many believe that members of Al Capone’s South Side Gang are the culprits. One man in particular suspiciously fled the scene to St. Joseph, Michigan, with violent consequences.

Some ten months after the massacre, St. Joseph Officer Charles Skelly intervened in a skirmish involving a drunk driver hitting another car. After Skelly ordered the participants to the police station, the drunk man jumped into his car and sped away. Officer Skelly immediately gave chase, hopping onto another car’s running board. After catching up, Skelly leaped onto the running board of the fleeing car. The driver picked up a revolver and shot three bullets into Skelly’s torso, knocking him to the ground. He died in the hospital later that night. Charles Skelly is the only St. Joseph police officer to have been killed in the line of duty.

Fred Burke made a career out of being a criminal. Born in Kansas and active for many years in St. Louis, Missouri, with a gang called Egan’s Rats, Burke quickly moved up the ranks of organized crime. He eventually caught the attention of Al Capone, who hired him in the 1920s. His crimes spanned multiple states, including Michigan, and he left a slew of robberies and murders in his wake.

Burke’s criminal record and his close association with Capone made him one of the likely gunmen who murdered Moran’s men. After his purported involvement with the massacre, Burke fled across the lake to St. Joseph where he established a life under the alias Fred Dane, one of the many he used throughout his career. It was during one drunken night that he shot and killed Officer Skelly.

After being forced to flee once again, police finally apprehended Burke almost a year later at a farm in Missouri, where he was living under the name Richard Franklin White. Chicago and Michigan officials volleyed for the right to claim Burke; Chicago for the massacre and Michigan for the murder of Skelly. The governor of Missouri determined that Michigan had the more solid claim and Burke was extradited to Michigan to be tried.

The St. Joseph murder was not Fred Burke’s first run-in with the Michigan law. He served a one-year stint in Jackson Prison (then the State Prison of Southern Michigan) in 1919, when he was 25 years old. The Detroit Recorder’s Court convicted and sentenced for the offense of “obtaining money under false pretenses.” This time he would not get off so lightly. The Berrien County Circuit Court sentenced Burke to life in prison for second degree murder on April 27, 1931. Records indicate that he arrived at the state prison in Marquette the next day, registered under the name Fred Dane.

“The Most Dangerous Man in America”

The celebrity surrounding the outlaw and the sensationalism of the case made it regular front-page news for over a month in Benton Harbor’s The News-Palladium (now The Herald-Palladium). The newspaper treated readers to detailed coverage of Burke’s actions, from his capture in Missouri to his first days in Marquette Prison. Daily reports particularly enjoyed graphic depictions of Burke’s many crimes. The coverage cultivated Berrien County’s clear sense of pride in harboring the famous fugitive. The newspaper often deemed him “the most dangerous man in America.”

Burke remained at Marquette until he died of a heart attack on July 10, 1940, at the age of 47. He never admitted to an involvement in the St. Valentine’s Day Massacre and the case remains unsolved to this day. 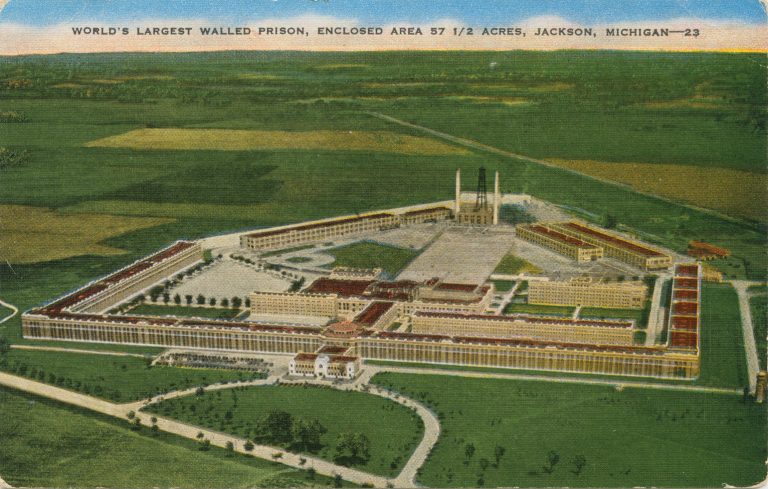