Vital records establish the key events in our ancestors’ lives and provide critical genealogical information that can lead to more discoveries.

Michiganology.org hosts death records from the microfilm collections at the Library of Michigan and the Vital Records Office of the Department of Health and Human Services. Images of the death certificates are available for records older than seventy-five years. Any records not yet seventy-five years old, are still available even though the image is not yet visible. Per state law, vital records must be seventy-five years or older before they can be made publicly available online. 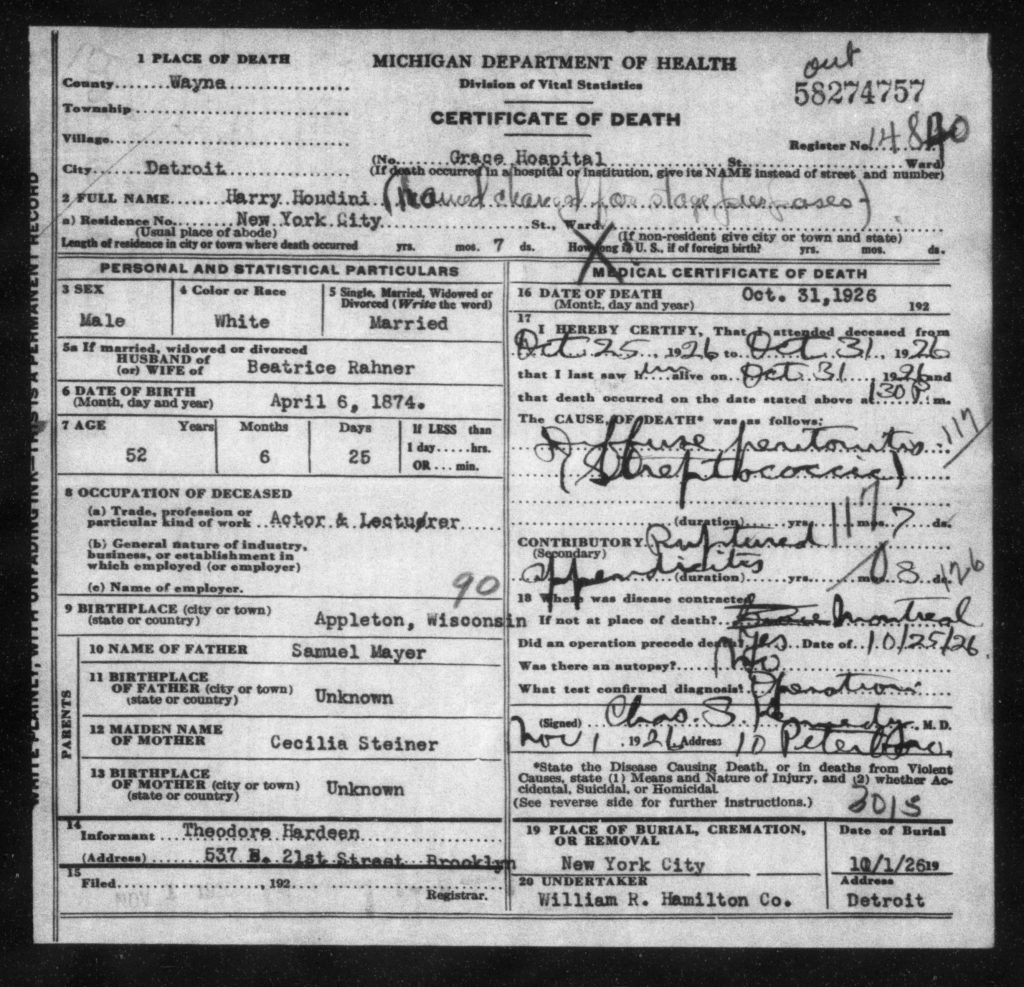 On October 31, 1926, Harry Houdini - celebrated magician and performer - died of peritonitis and a ruptured appendix at Grace Hospital in Detroit, MI. This unfortunate date was not Houdini's first time in Detroit - in 1906, he performed a daring stunt at Belle… Read More 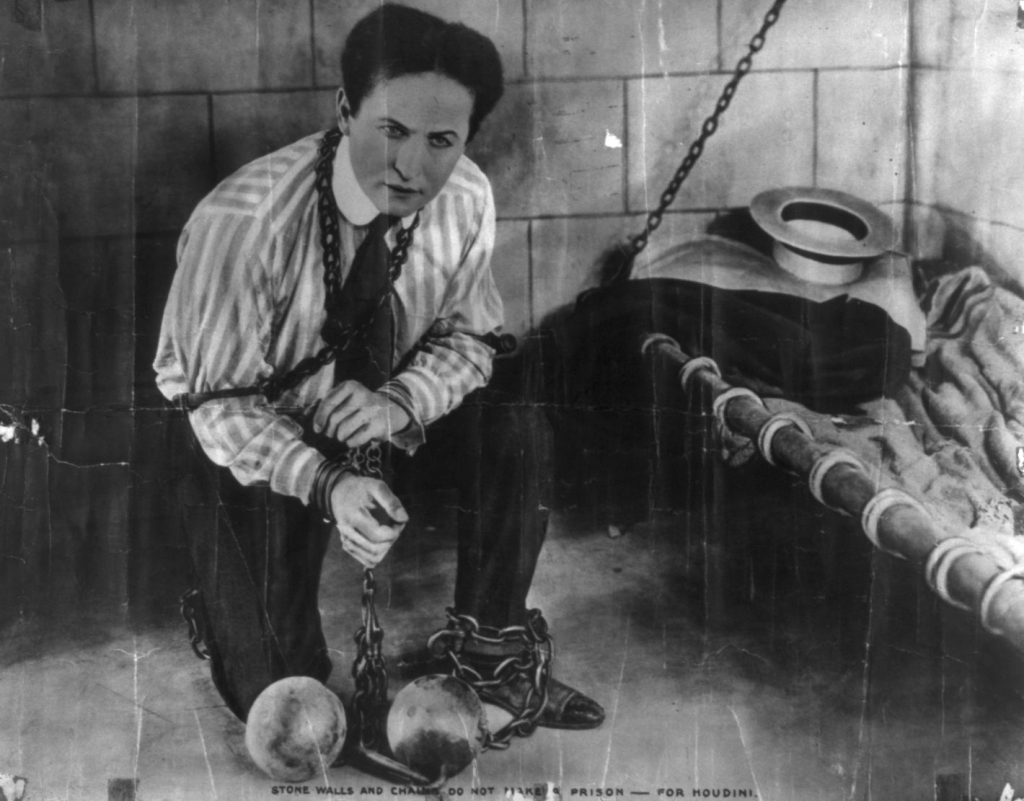 Michigan’s territorial legislature gave the Supreme Court jurisdiction over divorces in the territory.

The legislature established a Court of Chancery and transferred jurisdiction over divorces from the Supreme Court. This court held sessions in the circuit courts already established.

Michigan became a state but did not yet have a statewide requirement to record births, marriages, and deaths. Events may have been recorded in township or county clerks’ offices, at churches, or not at all.

The Court of Chancery was abolished by the legislature in the Revised Statutes of 1846 and its duties were transferred to county circuit courts.

Public Act 194 laid out the requirement for townships and cities to record births and deaths in each year. Officials authorized to solemnize marriages were required to record each marriage. Births, marriages, and deaths were then reported to county clerks, who recorded them in ledger books and sent them to the Secretary of State.

Public Act 128 required couples to obtain a civil license from the county where either the bride or groom lived. Certificates were created at county clerks’ offices and county clerks sent reports to the Secretary of State in ledger books.

Public Act 9 required circuit court clerks to record all divorces with the Secretary of State. Information was collected in ledger books.

The most recent year for which researchers can access birth records from county clerks’ offices or the State of Michigan’s Vital Records Office.

Responsibility for state-level birth, marriage, and death records was transferred from the Secretary of State to the State Commissioner of Health by Public Act 171. Over time, this responsibility remained with the state agency responsible for public health and currently lies with the Michigan Department of Health and Human Services.

Public Act 27 transferred responsibility for divorce records recorded with state government from the Secretary of State to the State Commissioner of Health. This responsibility remained with the state agency responsible for public health and currently lies with the Michigan Department of Health and Human Services.

The format for divorce records recorded with the state government changed from ledgers to certificates.

The format for marriage records recorded with state government changed from ledgers to certificates.

The most recent year for which death records are available online per Public Act 73 of 2006.

In addition to content on Michiganology, you can learn more about vital records at the Archives of Michigan.