The Arab and Arab Americans of William Street

Michigan’s rich Arab heritage goes back over 100 years and centers around southeast Michigan, particularly Dearborn. However, the story of Edward “The Sheik” Farhat shows that Arab and Arab-American communities have roots in several places across the state, including Lansing.

Born in Lansing in 1926, Edward George Farhat began a nearly five-decade long wrestling career in 1949. His career influenced the development of the modern WWE (World Wrestling Entertainment). Called “The Sheik,” Farhat became known for his gimmicks, like throwing fireballs at his opponents.

Throughout his famous wrestling career, Farhat was part of a close-knit Arab and Arab-American community in the Lansing area. Later in life he moved to Williamston, Michigan, only 30 minutes outside of Lansing. He died in Williamston in 2003.

In the 1920s and 1930s, Lansing had a significant Arab and Arab American population. They lived in homes along William Street, near the southeast corner of present-day Martin Luther King Jr. Boulevard and Malcolm X Street. Like most immigrants of that time, they came to Lansing looking for work. The automobile industry had a small but significant factory presence and a need for workers.

The 1930 census and the 1932 Lansing City Directory recorded that 15 households along William Street as home to immigrants from “Syria.” However, many of these families actually came from Lebanon. At the time, the Ottoman Empire still existed, and “Syria” described present-day Syria, Lebanon, Jordan and Israel/Palestine.

The names of families living on William Street included Farhat/Ferris, Hadad, Kalush, Hasbany, Rashed, Abood, Zarka and Nadar. All these families have descendants that live and work in the Lansing area today. Many of the William Street residents worked for Oldsmobile, the Prudden Wheel Factory or one of several automotive manufacturers in Lansing. Others owned grocery stores and even a pool hall. David Farhat’s home on William Street stayed in the Farhat family until his son sold it in 1963.

Today, the blocks where these families lived is part of the General Motors Grand River assembly plant. Many of the neighborhoods in that area were torn down beginning in the early 60s to make way for I-496, which runs through Lansing. Many of the families are still in the area, but they’ve moved from their three blocks on William Street.

The Arab American National Museum is the first and only museum in the United States devoted to Arab American history and culture. Arab Americans have enriched the economic, political and cultural landscape of American life. By bringing the voices and faces of Arab Americans to mainstream audiences, they continue their commitment to dispel misconceptions about Arab Americans and other minorities. 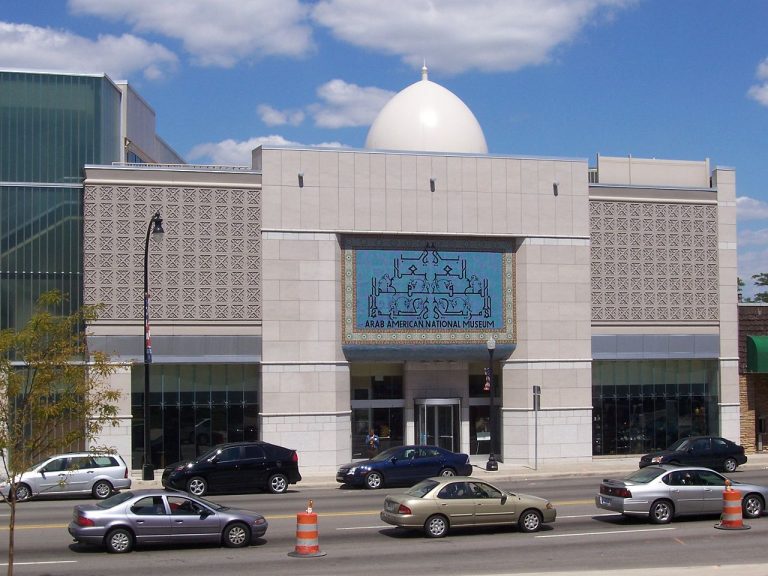