Michigan responded quickly when the Civil War began in April 1861. The First Michigan Infantry arrived in Washington, DC, a month later, on May 16, 1861. The Union army segregated units into white, Black and Indigenous soldiers, but ultimately 90,000 Michigan men – and a few women and young boys – served in the Union army.

During the Civil War, many different people volunteered to fight. Men, eighteen years or older could enlist in the Union army, but there are many cases where boys as young as eleven enlisted as musicians or drummer boys. In some cases, women followed their husbands or brothers into war and became nurses or camp aids. Black and Indigenous solders volunteered to fight, but were separated into their own units, apart from white soldiers.

Photography increased in popularity during the Civil War. Many soldiers and their families took the opportunity to have their photograph taken before they left for battle.

Students can analyze these photographs as primary sources. For each source ask students to indicate:
Who?
What?
When?
Where?
Why?
How? 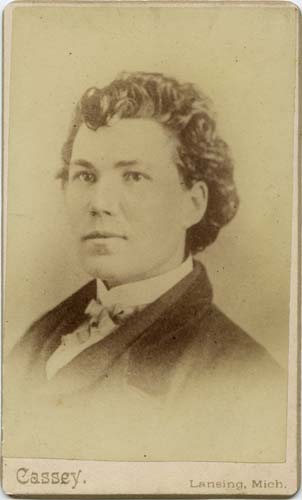 Portrait of Sarah Seelye, 1867. Genesee County. Enlisted in company F, Second Infantry, May 17, 1861, at Flint for 3 years, age 20. Mustered May 25, 1861. Sarah E. E. Seelye of Fort Scott, Bourbon County, Kansas makes affidavit that she and Franklin Thompson were and are one and the same person. Franklin Thompson was granted an honorable discharge by the Secretary of War to date April 19, 1863. 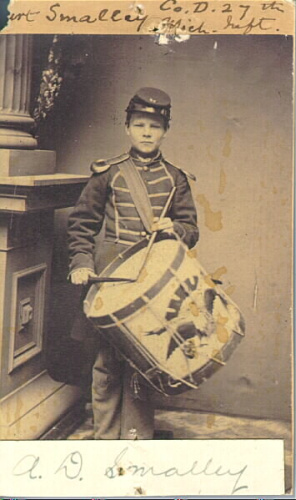 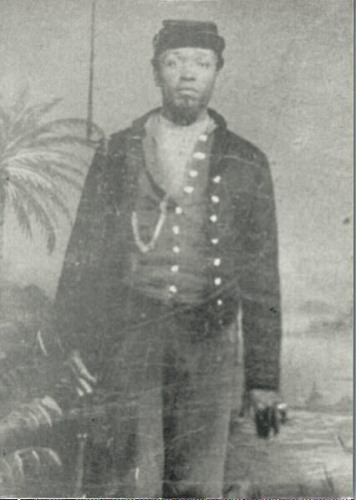 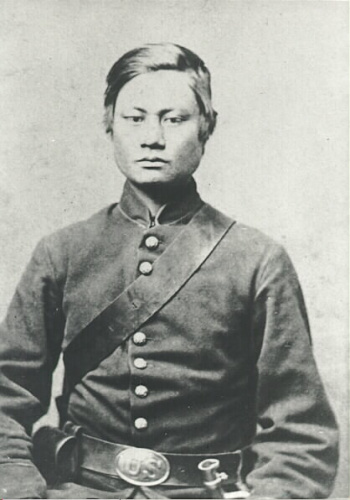 Haight, James B. and Haight, Sidney

Portrait of James B. and Sidney Haight . Both have separate service records in (Descriptive Roll First Michigan Sharpshooters Volunteers).

For more on Michigan in the Civil War

For additional information about Michigan in the Civil War, visit:

Michigan In the Civil War

Michigan In the Civil War

The world watched as Hurricane Harvey smashed into the Houston, Texas metropolitan area in August 2017. In the days following the storm, there were stories inspiring heroism, compassion and perseverance. One unfinished story concerns a Michigan Civil War veteran from Hartford, Michigan, and two cemeteries… Read More

Historical Context Historians use primary sources to analyze stories from our past. Primary sources, such as letters, help us understand the perspectives of those directly involved in major historic events.,  Though the letter may reveal important historical facts about an event, it also communicates the opinions… Read More