Skip to main content
A dozen intricate fishing flies displayed in a line on a tan form.

Why Do People Collect?

Why Do Museums Collect?

There are many reasons behind individual collections. Of course, it won’t surprise you to know that there are plenty of (good!) reasons that museums collect things, too. History museums generally fall into the category of “Historic Preservation collecting.” They collect items that tell stories, both from famous people and from everyday people. Generally speaking, the monetary value of historical items isn’t as important to history museums as it might be to an individual collector or another type of museum.

How Do Museums Decide What to Collect?

When a museum accepts a donation or acquires a new artifact, it is making a very serious commitment. The museums field has very strict rules as well as ethical and legal guidelines that dictate what we can and cannot do with the object. Each artifact in a museums collection must be properly stored and cared for, which takes space, time and money.

Museums have to be very selective about what they accept into their collections. We can’t save all the old things, so we have some basic criteria we use when deciding which donations to accept.

First, the items have to relate to the mission of the organization. The Michigan History Center’s mission is to foster curiosity, enjoyment and inspiration rooted in Michigan’s stories. Every artifact we accept in our collection has to tell a Michigan story. Was it made in Michigan? Was it used by someone in Michigan?  We look to the item’s “provenance” (which literally means “source or place of origin”) to determine if we should collect it.  For museums, provenance not only includes the significant story about the artifact, but also a record of ownership that is used as a guide to authenticate the story (as well as the donors legal right to give the item). Even is an object isn’t in great condition, the Michigan History Museum might decide to accession it if it has a very compelling Michigan story to go along with it.

Second, museums have to determine if the artifact itself has historical value. Sometimes museums don’t necessarily need a good story to go along with an artifact is the object itself has value. For example, an early Model T may not have a storied history that goes with it, but the artifact represents an important time and event in Michigan history.

Third, museums need to assess whether an artifact provides informational value. An example would be a school newspaper I once cataloged at the Rochester Hills Museum at Van Hoosen Farm. Nothing about the publication itself was important, and goodness knows museums have enough newspapers. But this one happened to have an interesting cover story on school vandals. The reporter quoted a 17-year old junior named Madonna Ciccone. When asked if she felt the vandals should be punished, she responded, more or less, that she really didn’t care. The artifact itself is of little value and it doesn’t really tell a story, but it contains information that is valuable. Maybe. OK, maybe not. It was still neat!

Assessing Your Own Collection

Stay tuned for our next post in this series- we’ll give some recommendations for assessing a collection you already have or starting a new collection altogether. In the meantime, plan your visit to our special exhibit Secret Lives of Michigan Objects. On display through May 2020, this exhibit explores how the objects we collect can be used to share our stories.

On display through May 2020

Explore what it means to collect and care for the artifacts that tell Michigan's stories, from strange objects we've never displayed before to meaningful objects from your childhood. This special exhibit features plenty of opportunities to share your thoughts, give feedback, and even help decide which artifacts should be added! 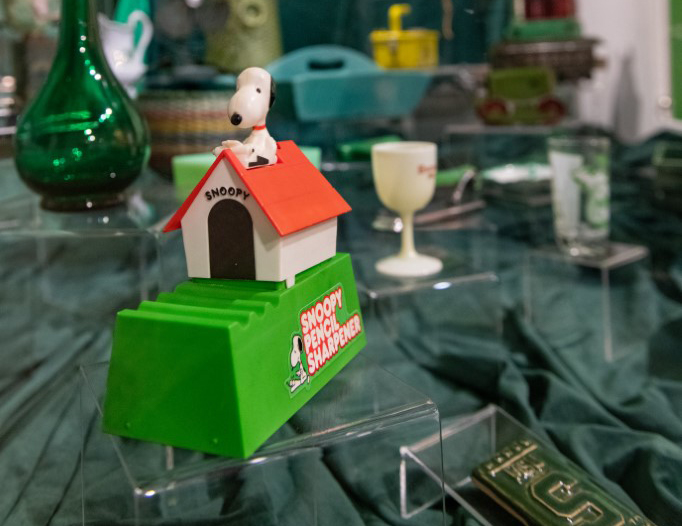 The Secret Agents of Deterioration

Protecting our things can be hard, especially when there are many ways that our precious items can be damaged. Think about your favorite old family photograph, or a sweater passed down from your grandmother, or the silver platter that’s been in your family for generations… Read More

The Secret Agents of Deterioration

Our special exhibit The Secret Lives of Michigan Objects is broken up into several different sections. Each section addresses a different way that museums display, interpret, collect or care for objects. One of our staff’s favorite sections is called the “Cabinet of Curiosities.” Why is… Read More

Period Rooms are built environments that replicate the look and feel of a particular time period. They are popular among historians and museum visitors alike, because they to allow us to peek into the past and see the way people lived at different points in… Read More